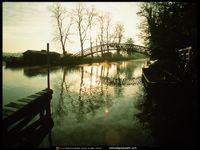 National Geographic Images.
www.creativechasers.com
Posted by Madhukar B Raju at 7:10 AM 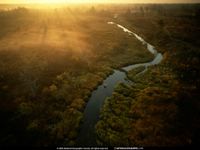 National Geographic Images.
www.creativechasers.com
Posted by Madhukar B Raju at 7:09 AM 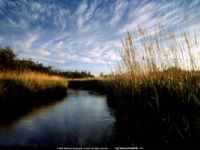 National Geographic Images.
www.creativechasers.com
Posted by Madhukar B Raju at 7:07 AM

:': Life is nothing but a moment in eternityLive humbly and every moment will become eternally yours!

:': If you listen to the flute of truth that echoes within, then you will never go wrong..

:': Both, joy and sorrow, are temporary.Everything is destined to pass away!

:': At all times during the Spring of Success, man should be ever ready for the Autumn of Failure

:': Let the notes of Knowledge, Action and Faith create the music of life. Ego is a false
note that creats disharmony.

:': Like Lord Krishna, it is the man of action who develops the power to make himself
present everywhere.

:': Appearances, more often than not, are only a facade. Realities can only be perceived
with the power of reasoning!

:': From attachment springs desire.And from desire, hatred is born..

:':there is no force in the world that can destroy the shield of compassion, perception and knowledge!

:': The power to excel lies in each one of us. Most people never try to bring it to the fore.

:': The flower is only as red as the eye perceives it to be. Our frame is only as real as our reflection on water!

:': Knowledge cannot be gained without an eye for observation.
Posted by Madhukar B Raju at 8:40 AM

man from woman
mr from mrs
he from she
adam from madam
lad from lady
male from female
prince from princess..!!
Posted by Madhukar B Raju at 8:25 AM

Chemical engineering student - Process of producing exothermic reaction.!
Electrical Engineering student - point where maximum current passes through least resistance.!
Electronics student - Point where short circuit takes place.!
Geometrically it’s said that - The point of least distance between two figures.!
Economics student - Something more in demand than in supply.!
Doctor - the most sweetest tablet.!
Historian - The most spoken even before the invention of fire.!Mechanical student - Instrument used in this experiment is difficult to calibrate.!
Posted by Madhukar B Raju at 8:09 AM

If you notice this notice you will notice that this notice is a notice which is not to be noticed!
Posted by Madhukar B Raju at 7:33 AM

Disorder in the Court

These are from a book called "Disorder in the Court." These are things people actually said in court, word for word, taken down and now published by court reporters - who had the torment of staying calm while these exchanges were actually taking place.

Q: What is your date of birth?
A: July fifteenth.

Q: What was the first thing your husband said to you when he woke up that morning?
A: He said, "Where am I, Cathy?"

Q: And why did that upset you?
A: My name is Susan.

Q: And where was the location of the accident?
A: Approximately milepost 499.

Now doctor, isn't it true that when a person dies in his sleep, he doesn't know about it until the next morning?..!

Q: Were you present when your picture was taken?

Q: She had three children, right?
A: Yes.

Q: Were there any girls?

Q: How was your first marriage terminated?
A: By death.

Q: And by whose death was it terminated?

Q: Can you describe the individual?
A: He was about medium height and had a beard.

Q: Was this a male or a female?

Q: Do you recall the time that you examined the body?
A: The autopsy started around 8:30 p.m.

Q: And Mr. Dennington was dead at the time?
A: No, he was sitting on the table wondering why I was doing an autopsy.

Q: Doctor, before you performed the autopsy, did you check for a pulse?
A: No.

Q: Did you check for blood pressure?
A: No.

Q: Did you check for breathing?
A: No.

Q: So, then it is possible that the patient was alive when you began the autopsy?
A: No.

Q: How can you be so sure, Doctor?
A: Because his brain was sitting on my desk in a jar.

Q: But could the patient have still been alive nevertheless?
A: Yes, it is possible that he could have been alive and practicing law somewhere

"Only a life lived for others is worth living."
- Albert Einstein


"The pure and simple truth is rarely pure and never simple."
- Oscar Wilde


"The greatest mistake we make is living in constant fear that we will make one."
- John Maxwell


"There is no road towards peace; peace is the road"
- Mahatma Gandhi
Posted by Madhukar B Raju at 5:34 AM

:': Step out of the shadows. When you stand in the light, you're sure to shine

:': Tough times never last, tough ppl do. u wont win if u dnt begin.hve faith in ur faith n doubt ur doubts. HIS DELAYS R NT HIS DENIALS.....

:': Life's like having a cup of Tea. you sit by the window, lift the cup n take a careless sip, only to realise, somebody forgot to put the sugar. too lazy to go for it, you somehow struggle tru' that sugarless cup of Tea.... Till you, discover undissolved sugar crystals sitting at the bottom...
Thats LIFE!!

:': A sparrow was in love with a white rose. One fine day this sparrow proposed the white rose. The white rose told, when she turns red she'll love him. Sparrow tares his body and slowly spreads his blood on the white rose and it turns red and falls in love, but the sparrow is no more.. This is LOVE!

:': Challenges are highThe dreams are newThe world out there is waiting for you Dare to dream, Dare to try, No goal is too distant, No star is too high

:': Friendship is all about 3 things - WINNING, LOSING & SHARING
Winning your friends heart, losing your ego and sharing joys and sorrows...

:': The happiest people don't have everything in life, they just make the best of everything that life brings their way.STAY HAPPY!

:': Happiness always looks small if u hold it in ur hands. But when u learn to share it, u will realize how big and precious it is. be happy.. always..

Whenever you share the Goodness in Your heart. You always end up WINNING HEARTS because LIFE IS AN ECHO. It gives back what YOU have given..

This is creativechap.. (madhukar)
Posted by Madhukar B Raju at 3:56 PM